Times change but certain traditions remain in place. Its for you to decide if you wish to follow them or not.
Discover the history of these wedding traditions...

The history of engagement rings

The custom of offering a ring during an engagement was present even during ancient Roman and Greek culture and some say that the tradition goes back to ancient Egypt. In the middle ages, in an engagement, the men and women exchanged a simple ring with no precious stones.

It is recalled that the first woman to wear diamond jewels in her ring was Agnès de Sorel (1422-1450), mistress of Charles VII of France. It was in this period that the fashion of wearing precious stones took hold and the Archduke Maximilien de Habsbourg offered one to Marie de Bourgogne in 1477. The diamond, an exteremely strong stone, became the symbol of conjugal fidelity.

for an engagement ring, it is traditional to offer a solitaire (ring consisting of one diamond). The most frequently sold rings for this purpose are round stones, or brilliant cuts. 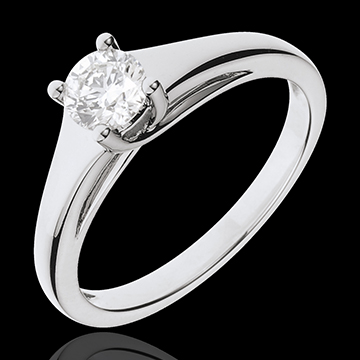 The history of wedding rings

For a wedding ring, the couple offers each other all god wedding rings, or for more of a sparkle, the bride may choose to receive a diamond wedding ring. It should ideally, compliment the engagement ring, with the same colour gold and a similar style. 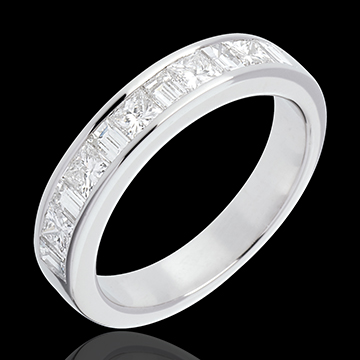 The marriage proposal is traditionally performed by the man and according to tradition, the young man must also ask the permission of the girl's father. The latter will accept or not depending on the feelings of the girl as well as the financial situation and ability to provide of the man. He must be reassured that the young man can provide for the needs of his daughter. These days, few people respect this tradition and those who do tend to do it for form after having already received the girl's acceptance.

Traditionally, a marriage proposal is made with one's knee on the floor and the engagement ring in its case in one's hand. For an engagement ring it is traditional to offer a solitaire ( a ring consisting of one principal diamond). The most popular rings for this occasion have a round or brilliant cut.

Despite tradition, women are increasingly taking the initiative and making the first move. It has become quite common for the woman to ask for the man's hand in marriage.

It is traditional to organise a party to celebrate the engagement amongst friends and family.

What finger to wear your wedding ring on?

there is a certain myth according to which in ancient times, the wedding ring was worn on the ring finger of the left hand as it was believed that this connected to a vein running directly to the hear. This was known as the "Vena Amoris".

in fact the tradition come from the XVII century. During the wedding ceremony the priest would bless the bride and touch each of the fingers in turn on her left hand as he recited, "in the name of the Father, the Son and the Hold Spirit", the thumb, the index, the middle finger, finally arriving at the ring finger.

The wedding rings are worn on the right or the left hand depending on different cultures. For example, it is quite common in Germany and Spain to wear these rings on the right hand ring finger. In general the wedding ring is worn first on the finger and the engagement ring is optional to wear and usually on top of the wedding ring.

For the bride to wear... 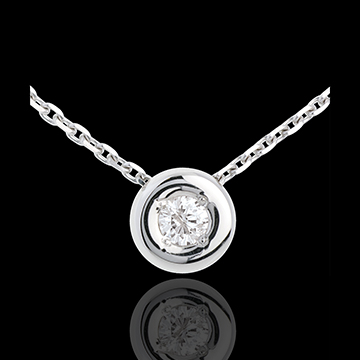 It is traditional to offer a piece of gold and diamond jewellery for the main wedding anniversaries as a testimony to the year together as a couple.

It is common for the bride who may not have received an engagement ring for her wedding to receive a diamond ring for a wedding anniversary. 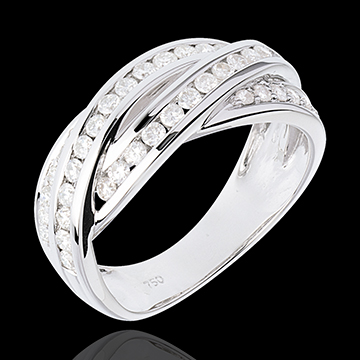